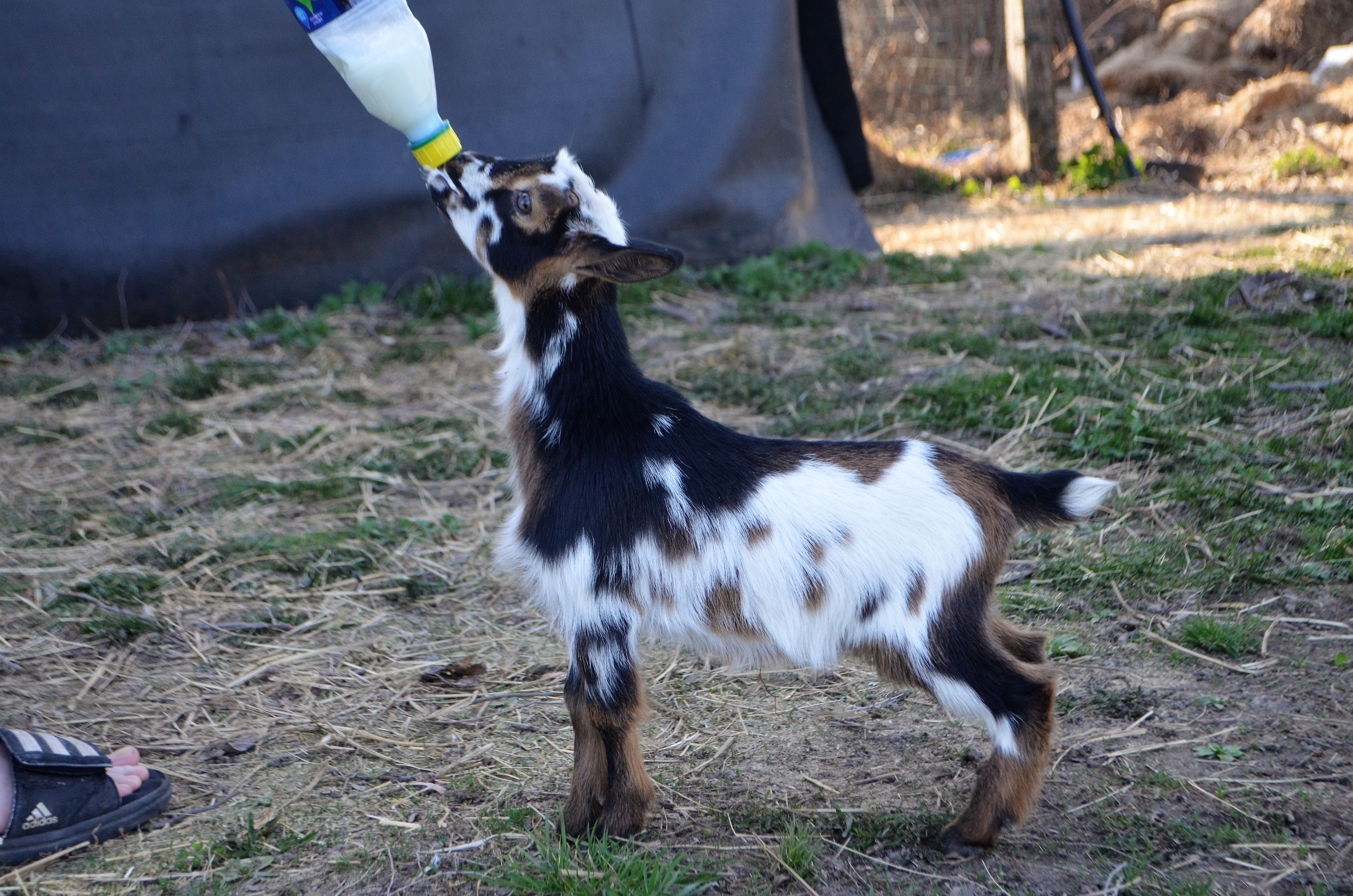 Since I use our goats for making cheese, having healthy animals is essential. I limit our goat’s exposure to other animals whenever possible. Animals on our farm get tested annually for Johnes and CAE.  Does that are not a year old during fall are not tested for Johnes in the fall, however, we make sure they have a negative fecal test once they are a year old.  Does are given vaccinations for CDT 1mo before they kid and the kids generally get their round of shots with in 2 months old. We worm our goats as needed. Since worms resistant to chemical wormers has become an increasing problem in animals, I only administer on an as needed basis.

​ Since all of our does are tested for CAE and Johnes before they give birth, I believe the benefits of the young getting colostrum outweighs the risk. Since the does are used for milking, the kids are pulled a few days after birth and are started on a bottle using pasteurized milk. The kids will never receive a mixture of milk collected from all our milk does unless it is pasteurized. I keep the kids inside and do not expose them to outside pasture until they are weaned.  All kids are disbudded when the horn buds are able to be felt, this usually means 1-3 days after birth for bucklings and up to a week for doelings. CD/T shots are given when they are disbudded. 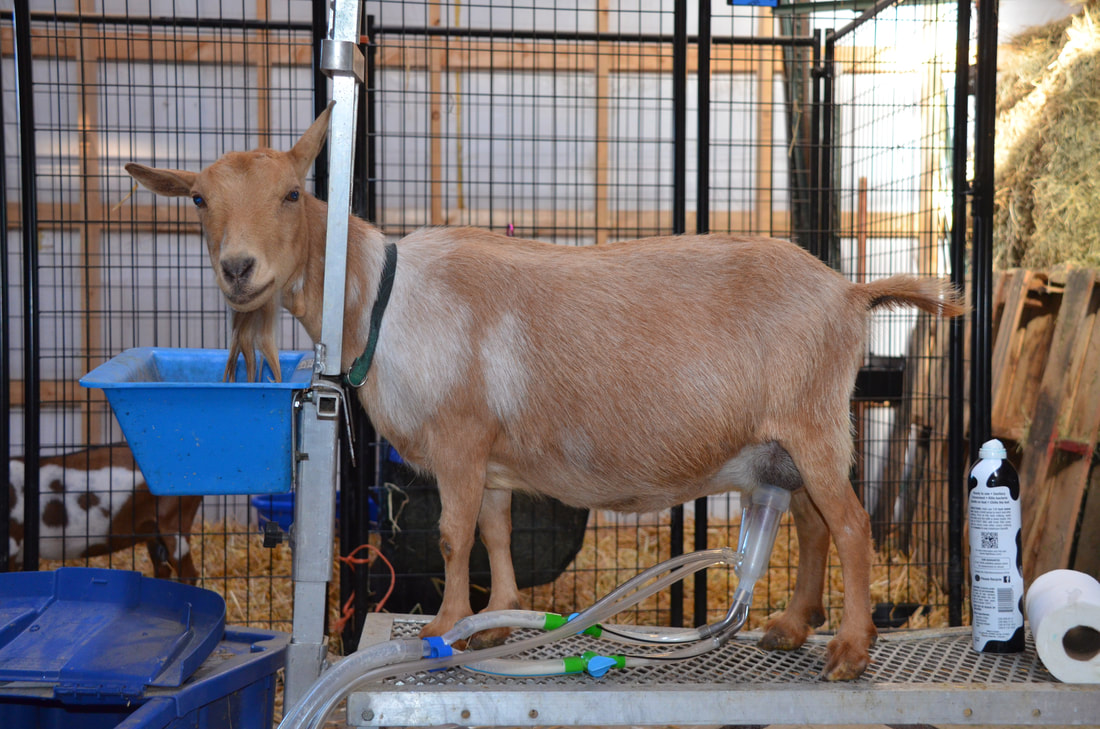 As our herd develops, we have become ADGA Plus Members. I believe these programs have tools that are essential for the development of our breeding program. In 2015 we participated in our first linear appraisal and in 2016 our herd began milk test. We have also participated in some of the genetic testing that is available through ADGA.

One of the best ways to evaluate an animal's milking capability is to participate in milk test. its basically a measurement of the volume of milk a goat will produce during a 24hr period of time. The animal is usually milked twice in the testing period and a sample of the milk is sent into a lab for testing.  The lab then tests components in the milk, such as butter fat, protein, and somatic cell count. These tests are usually conducted about once or twice a month for a period of 305 days. While tests can be done for a shorter period of time, the 305 days gives the best picture of what a goat's lactation cycle looks like. The information gathered by milk test is an awesome tool to get an idea of the animal's production ability, health, as well as if they are on the appropriate diets.

Linear appraisal is a way to evaluate the structure of your animals. During a linear appraisal, an appraiser from ADGA visits the farm and evaluates each animal on an individual basis. The appraiser is comparing the animal to a score card that gives point values to specific traits the animals possess. An animal that scores well on linear appraisal is believed to possess traits that will optimize longevity, reproductive and milking ability. These evaluations are a great tool for a breeder to understand trends that may be taking place in their herds, for better or worse.

Breezy Farms has recently become duel registered on most of the animals in order to continue to get feedback on an annual basis. Our first classification was 8/2022 and it was a very positive experience.  In order for this to take place animals have to be registered with AGS (American Goat Society) we also hope to participate in the milking programs through AGS in the upcoming years.

I have decided to keep track of our herd's Alpha Casein values more my own curiosity as well as to aid in our milk production. Nigerian Dwarf Goats tend to possess high casein values in their milk. This is part of the reason why they are such good cheese producers. It also contributes to the taste of their milk, and gives it some of the qualities that are found in cow's milk. I have included the casein value on all the goats that have been tested in our herd. These values consist of two letters, A, B, E, F, N, and O1.

​While I prefer that our animals have A's and B's since it is more ideal for cheese production, I do want to point out that the other values can be preferable for other purposes. A good example would be for people who have specific milk allergies. Some goat breeds have been bred specifically for milk that possesses a more "goaty" flavor, as there are certain cheeses are made to exhibit it. These goats have been found to have the lower variants. 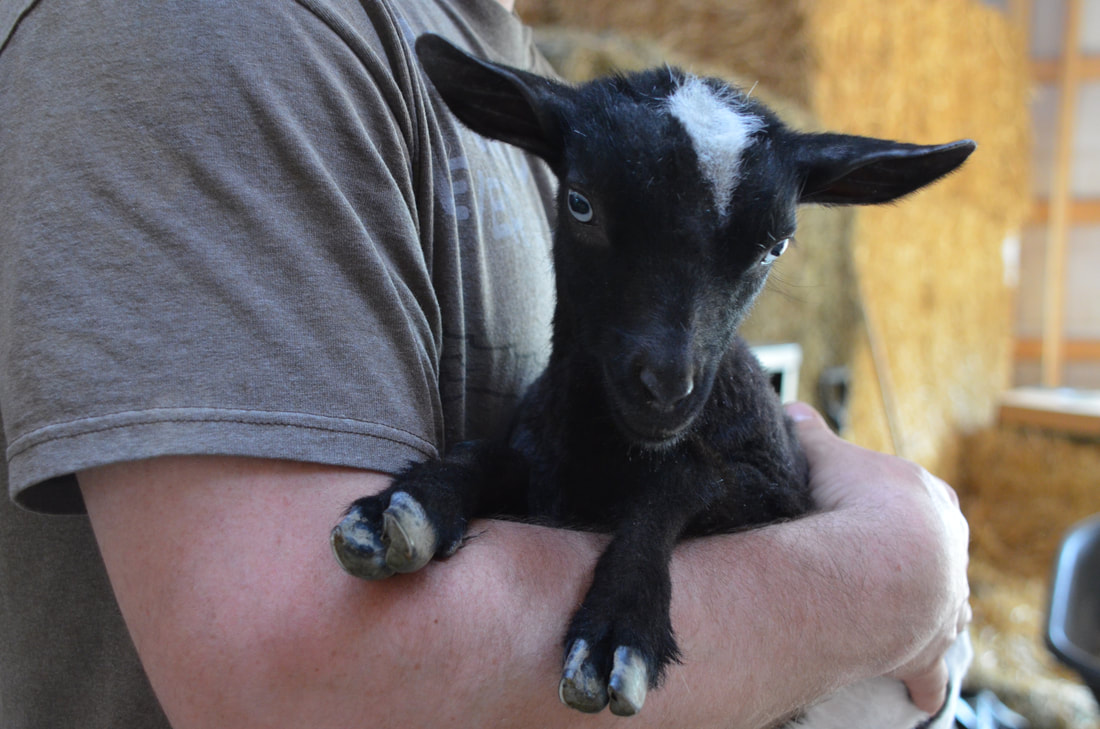